If you’ve been following along since the 2014 inception of this blog, you’ve noticed my distinct disdain for hut to hut hiking. Oh! I have my reasons. IE: A nasty sinus infection from a Chilean hut super spreader event, the complete lack of privacy and the acrid odors and unique sounds of unrelated hikers in close quarters. Of course, I wrote about them:
http://jeffsambur.blogspot.com/2017/01/a-hut-too-far.html
So why did I bid $400 in the Great Old Broads of the Wilderness Online Auction for a four night Hut to Hut Sneffels Traverse?
I blame it on bidding under the influence of Double IPAs. The next day I woke to a caffeine high instead of a hop high, sadly I discovered the winning bid was mine. CRAP! 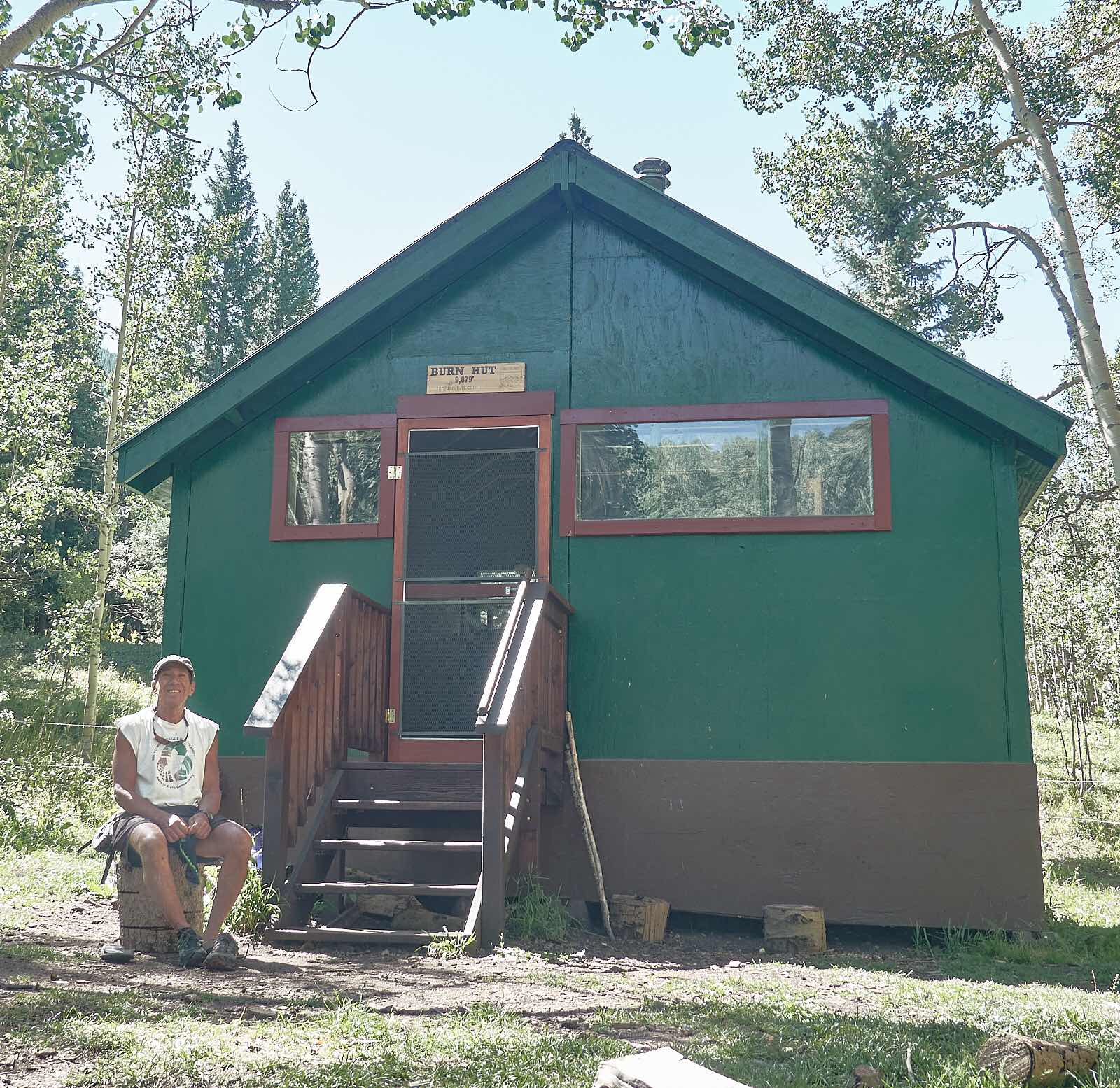 The auction item was for two, in huts which maxed out at eight. I reached out to a few sort of locals to join me. They had legitimate excuses. “I’m planning on shampooing my hair on those days.” Or “I scheduled an oil change at Jiffy Lube. I can’t break it.” 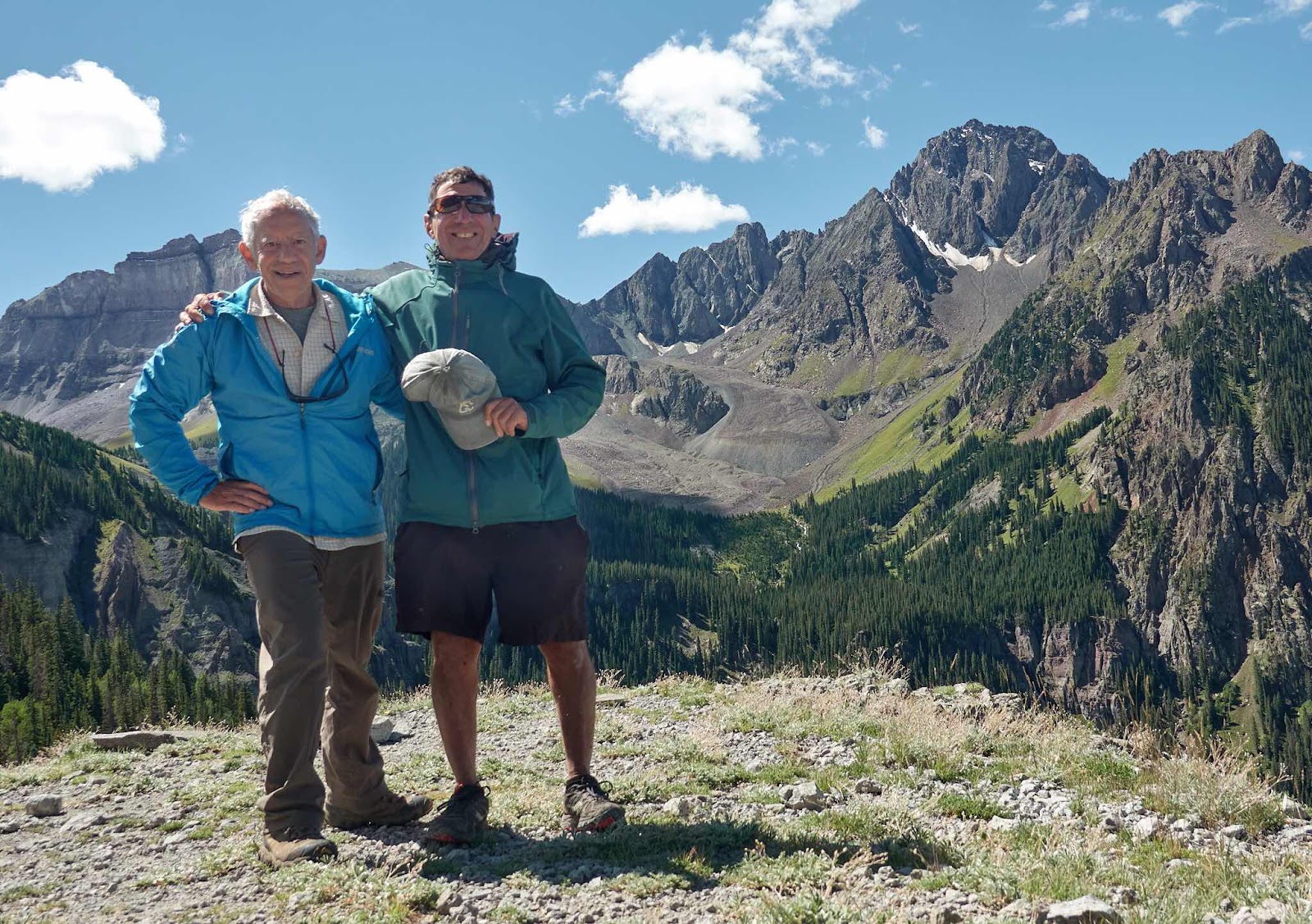 On a whim, I turned to the other member of the Sub-Eleven Foot Expedition Team. My forty-plus year buddy Nelson. (Between the two of us we don’t add up to eleven feet in height.)
http://jeffsambur.blogspot.com/2019/10/warning-paria-canyon-is-not-for-the.html?m=1
I launched the invite and informational website to my brother from another mother. “I already paid for this. You’ll get a freebie.” 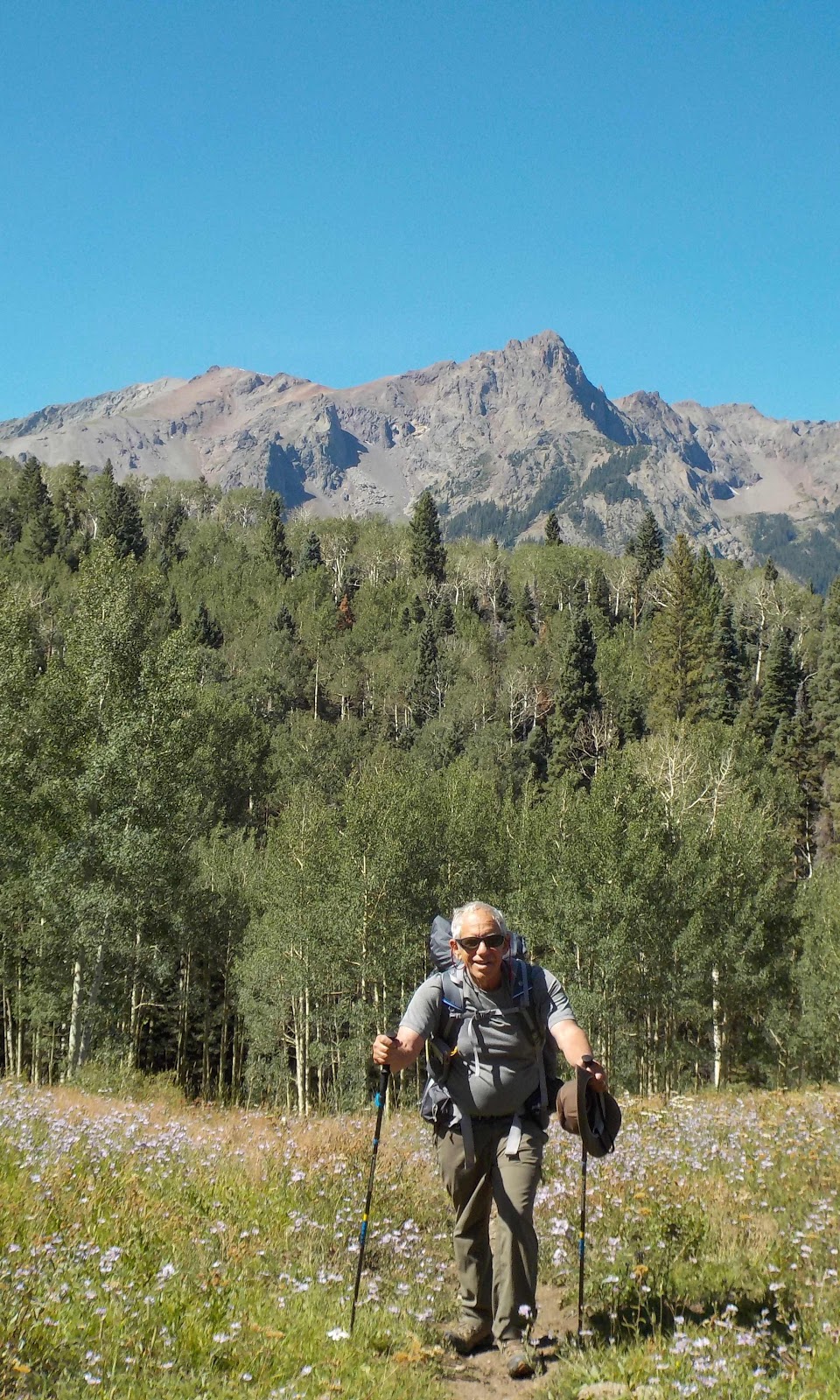 His answer was pure Nelson-Speak. “I’ll look into it. I’ll get back to you ASAP.” Translation: I’ll begin exhaustive research into blogs, interviews, photo content, reviews and the Library of Congress. This might take awhile. 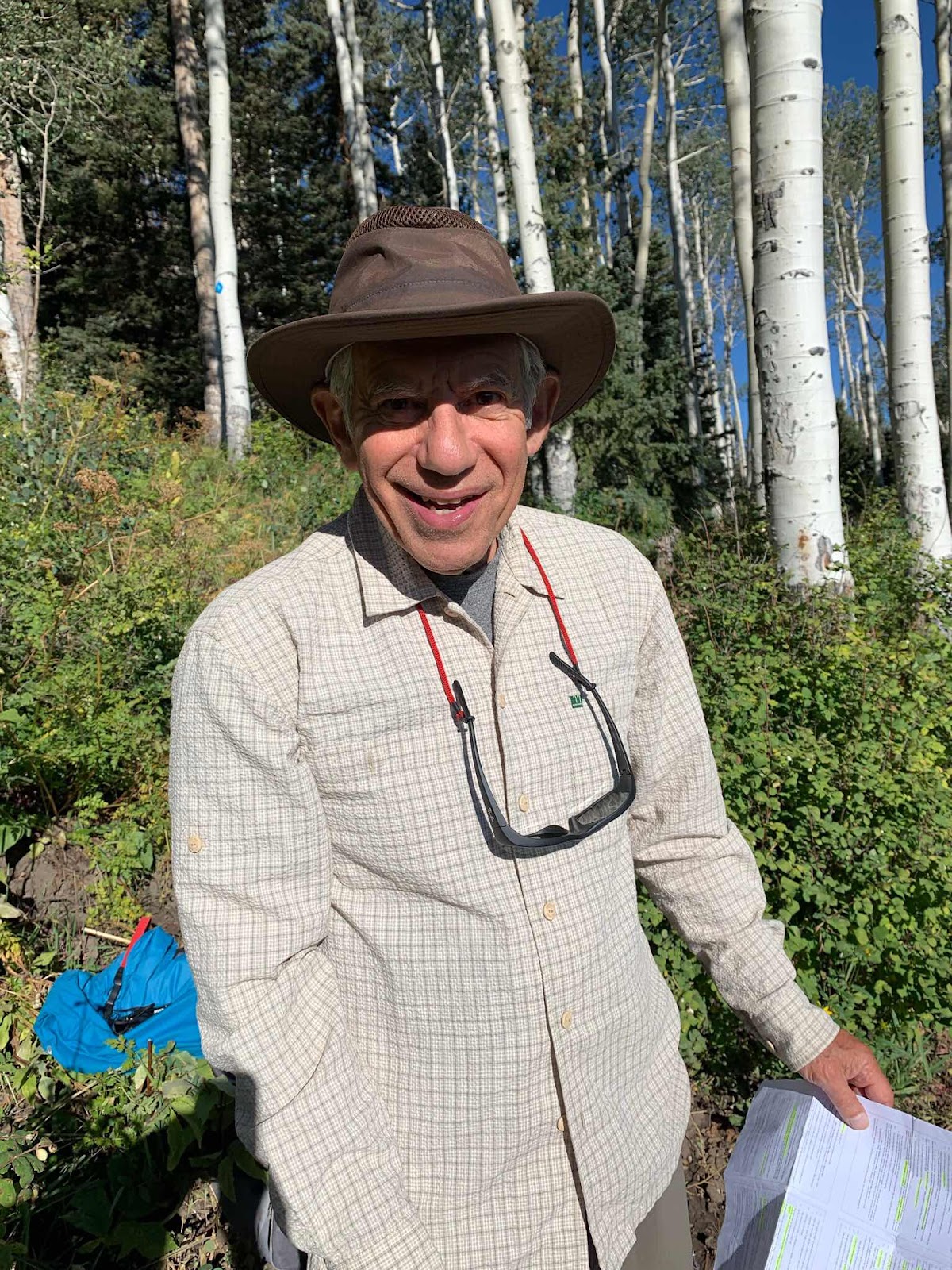 Weeks later, “I’m interested.” Nelson-Speak. He’s figuring out the logistics and running it by his wife Jude.
“Take your time. If you aren’t coming, I’ll camp with Sanctuary Too and just chalk the experience up to an IPA senior moment.” 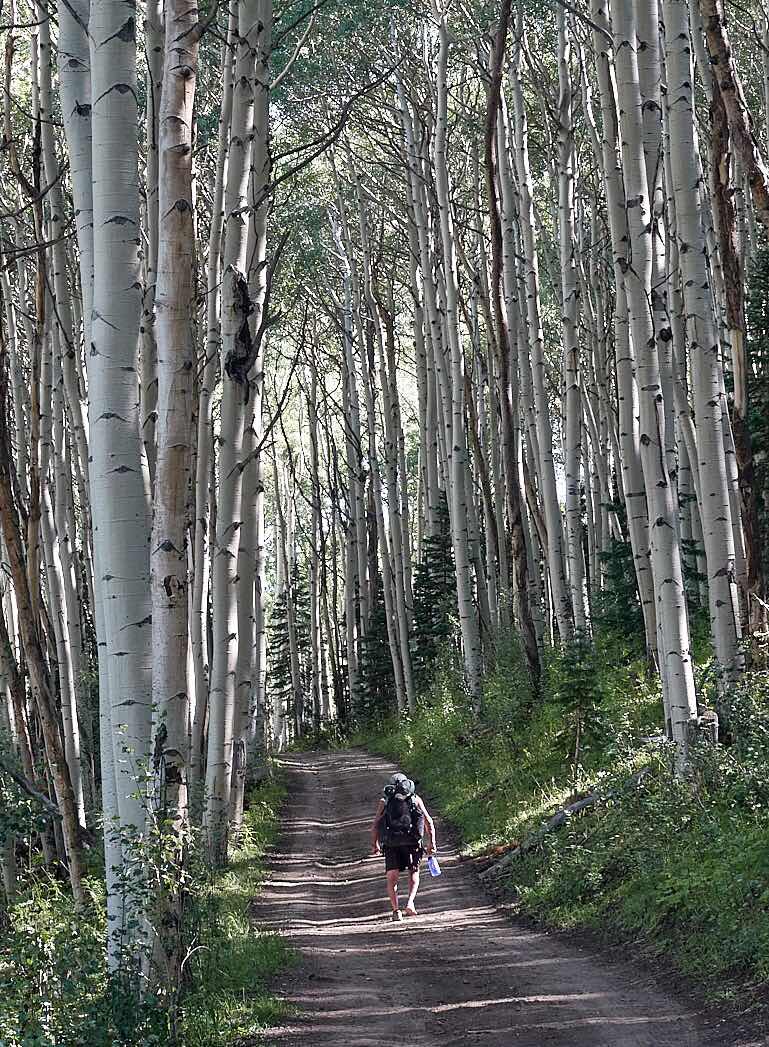 A bit about Nelson. He’s generous, kind, well traveled, considerate, an award-winning photographer, smart, humble and funny. He too grew up in the Big Apple. Unlike me, Nelson managed to jettison New York City’s “edginess” trait. This is probably why he’s an All-Around great human being.
A few days later, Nelson had his game plan for a “GO!” He sent me the details as I marked the dates on my wall calendar.
From time to time we checked in on each other with questions and concerns. (We’re Jewish so we both harbor Hebrew Angst.) Our biggest concerns were:
A) What if our hut mates weren’t vaccinated?
B) or Worse! What if our hut mates were Glock carrying MAGA hat wearing Trumpers! OY!
Just in case, I packed a tent, sleeping bag/pad and stove. I planned on sleeping under my nylon dome regardless of who was going to join us. I’m the world’s lightest sleeper. I need my space. 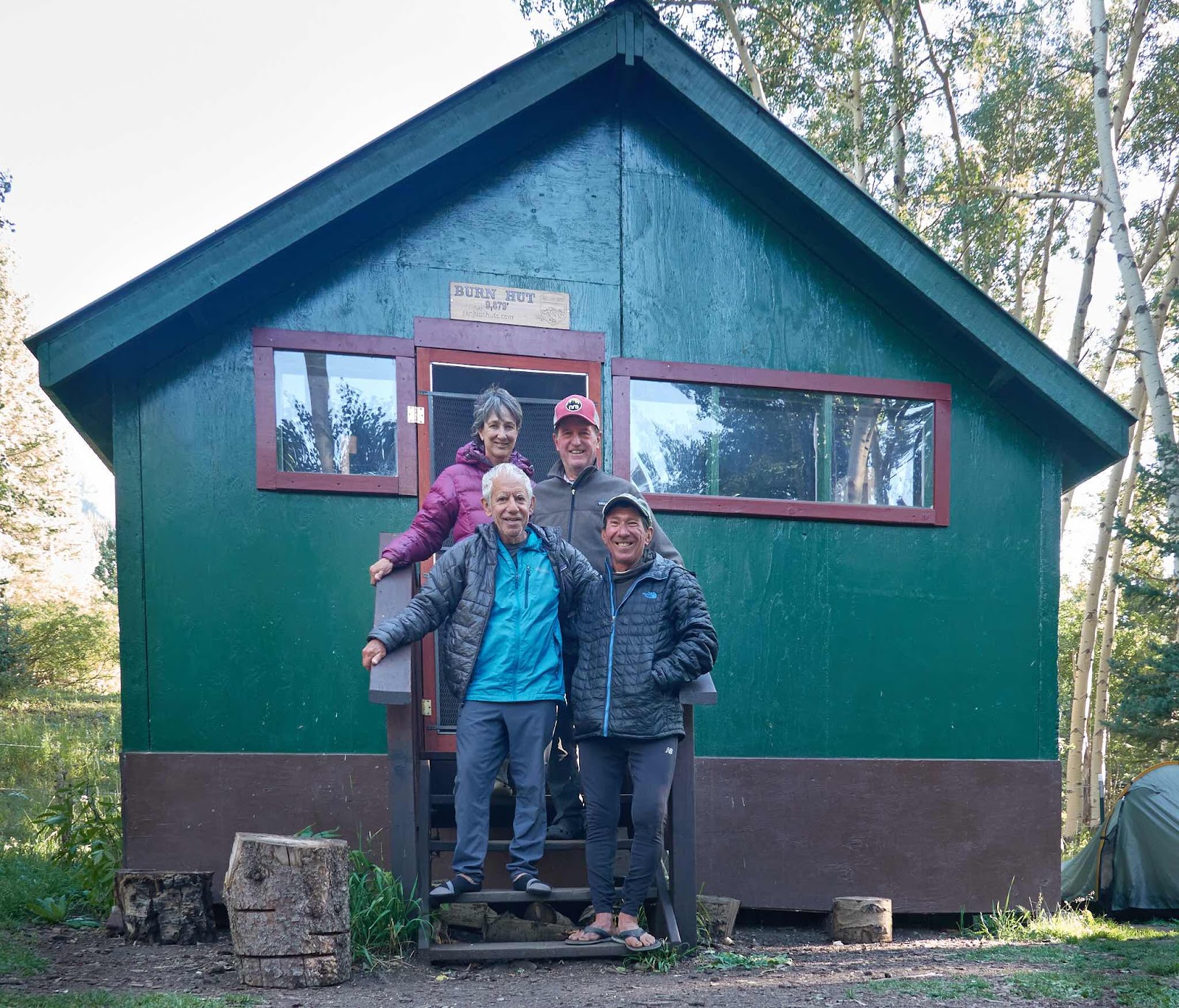 Our worries were all in vain. Four of the eight hut mates canceled which left Dwight and Joan from Salt Lake City. We all met in Ouray for our hour long shuttle ride to the trailhead. It didn’t take me long to realize I was the boring homebody in this crew. Name a country or an adventure and Dwight, Joan and Nelson probably played there. I didn’t consider stating, “Oh yeah! Well I ride my bicycle to the local brewpubs at least twice a week!” Sometimes even I know it’s better to keep my mouth shut and listen. I might even learn something. Seriously, they are both Cookie cutter versions of Nelson and Zen-like too.. We struck Kosher Karma on this one. 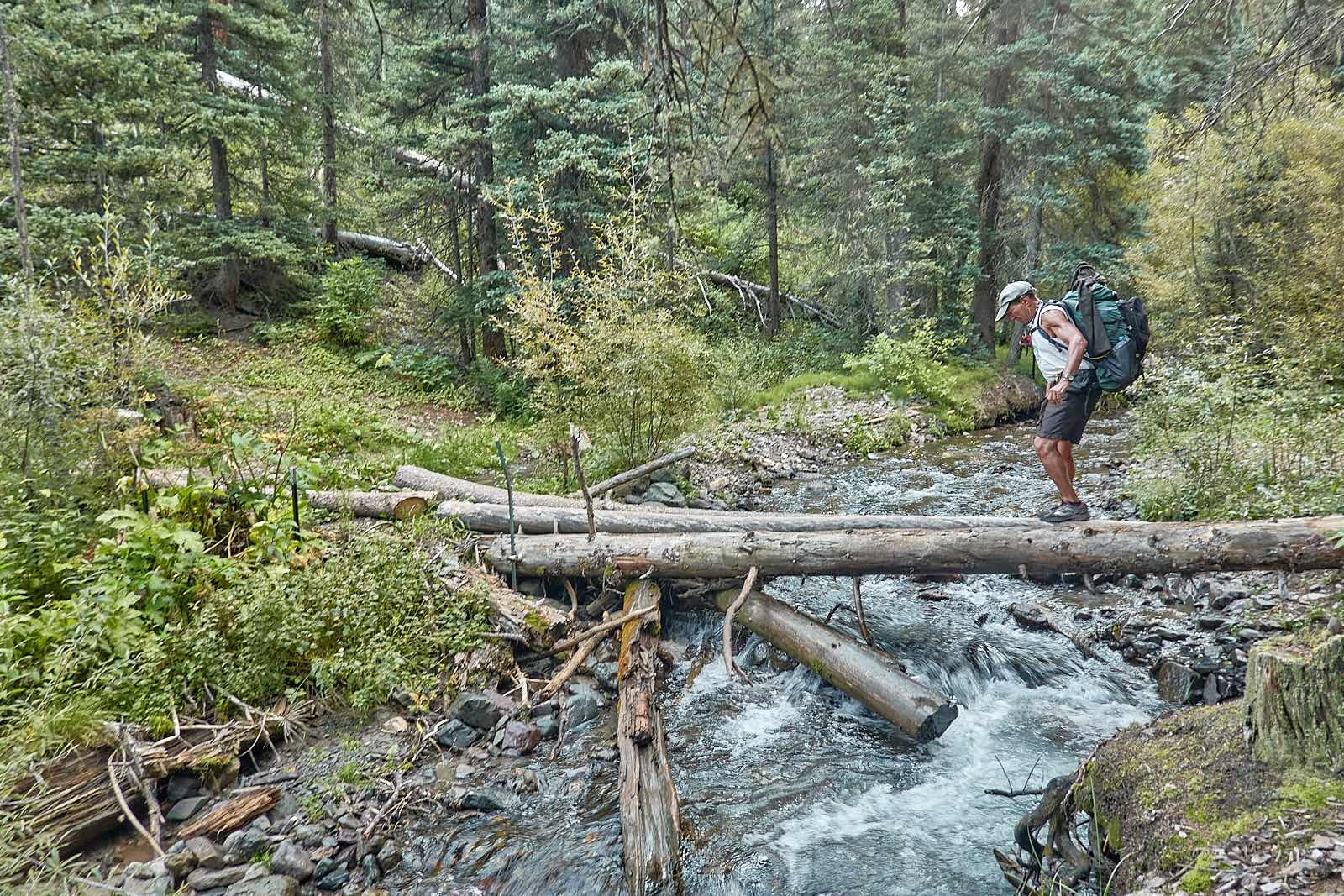 As far as the hike went, it was sort of underwhelming. Nelson and I are connoisseurs of big views, even though we are quite small. Most of the miles were spent maneuvering through a green tunnel of trees. After awhile it became a walking joke. “WOW! Nelson check out that Aspen!” Or “Of all the Spruce/Fir forests I’ve been to, this is one of them.”
As the Polly Anna cliche goes though, “It’s all good!” I got the chance to hang with my buddy for a week and met two inspiring and interesting people who are strangers no more.
I’m pretty sure a wonderful time was had by all.
Note to self: Don’t drink double IPAs and bid at the same time.
Cheers,
Jeff
PS the really great photos are Nelson’s. 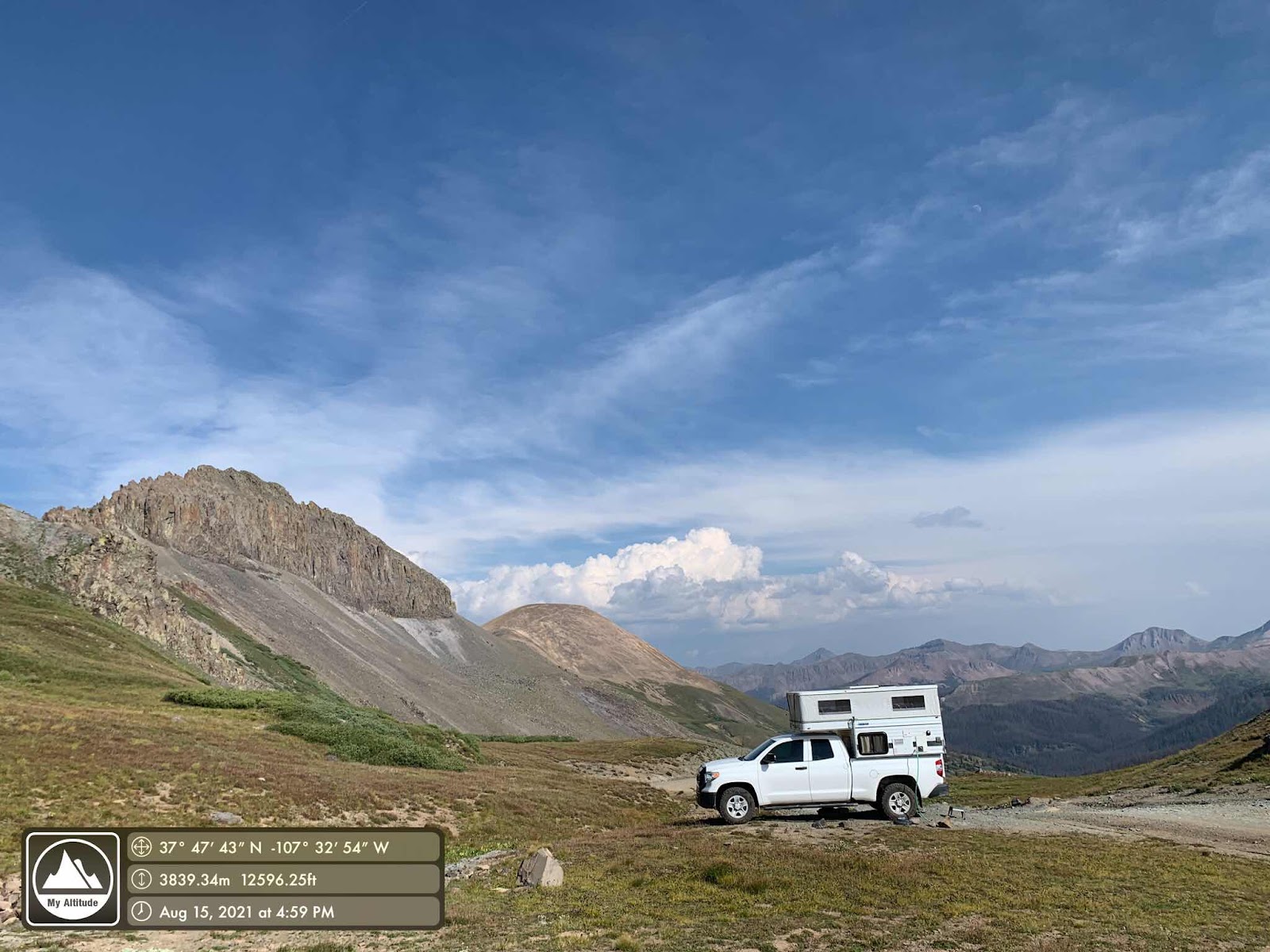