Punxsutawney Phil? Nothing more then a scamming, overweight and pampered groundhog.
The Weather Channel? This organization would go bankrupt if they were only paid for correct forecasts.
So WW J, whom do you trust for the long term weather outlook?
Glad you asked Dear Curious Reader. I consult Pika Predictions.

“You can observe a lot by just watching.” Yogi Berra.
This past summer I spent an inordinate amount of time hiking, camping and sleeping above tree line. In this realm of thin air, cooler temperatures and sparse vegetation you’ll find pikas. That is, if you know where to look. I do. 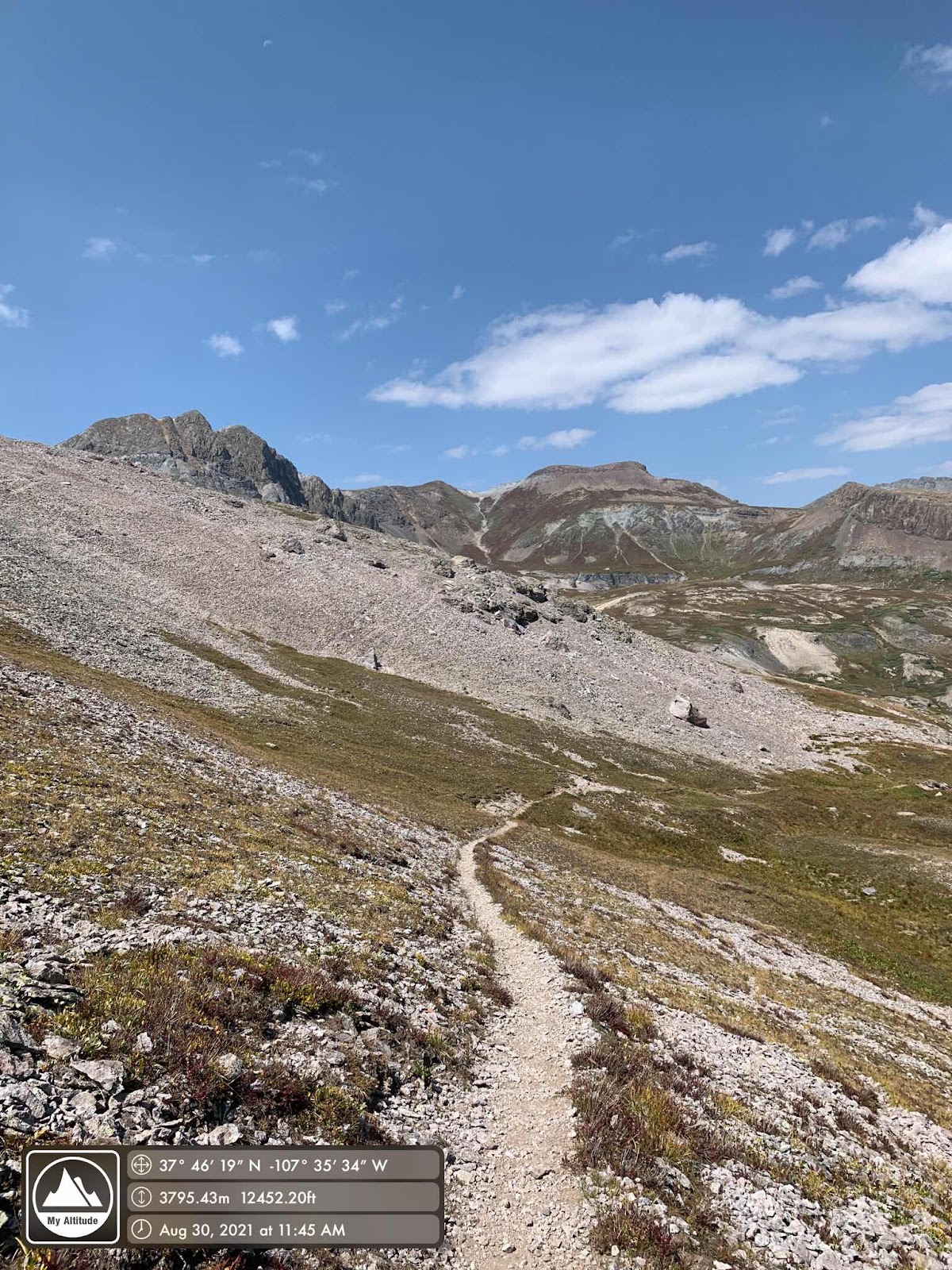 But first! A thing or three about these mammal meteorologists. American Pikas are related to Bugs Bunny minus the long ears, fluffy tail and asking “What’s up? Doc!” They are heat weenies. Pikas will suffer when the temperatures approach 80 F. Hence they live at high attitudes. Unlike those sunbathing chubby marmots, pikas do not hibernate. That’s why marmots have the luxury of saying, “Pass the tanning butter, please.” Pikas are slaves to the seasons. There are no days off. During the brief snow free summers, they are collecting, stacking and storing grasses, weeds and wildflowers into their snug burrows. They are small, energetic and adorable. (Like me!) Between their farming gigs, they must be ever vigilant to the hawks, eagles, foxes, weasels, bobcats and unleashed dogs who might make an appetizer out of them. 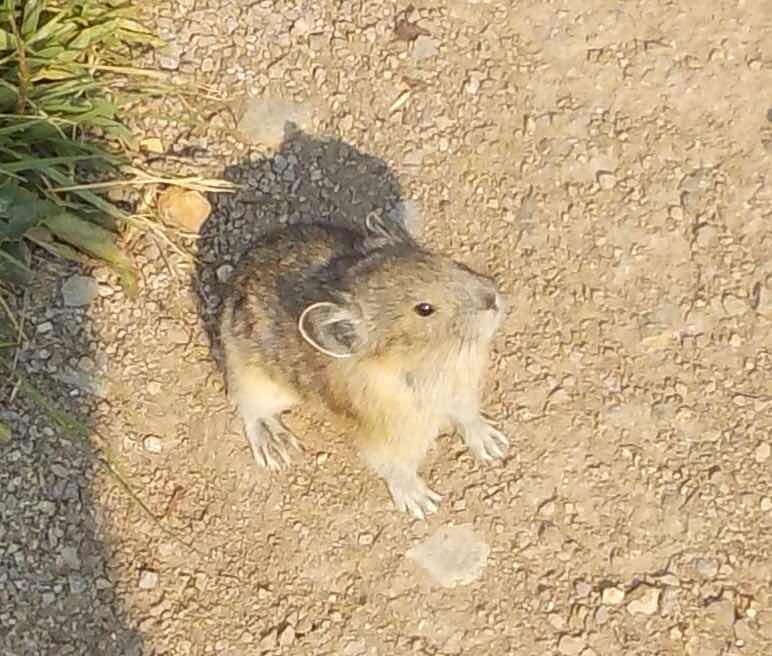 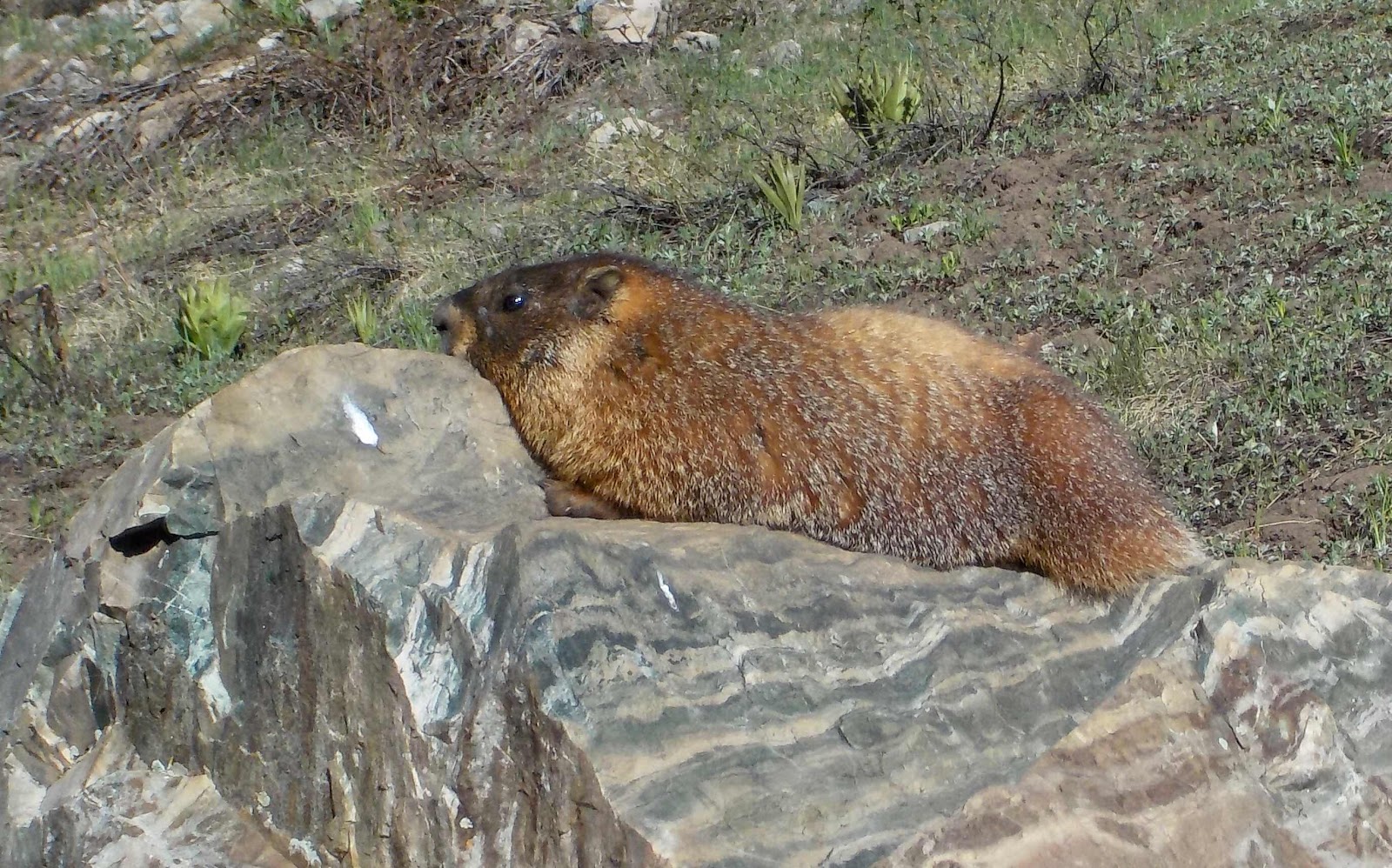 Here’s some of my observations; i saw packs of  Pikas darting around in a frenetic, over-caffeinated state. Oftentimes those fur balls had green vegetation clenched in between their teeth. The Pikas were on a mission. They were telling me in a silent way, “OY! Jeffy! We are working our tuchases off (butts in Yiddish) so we can nosh (eat) in this upcoming meshuggenah (crazy) early winter. We’re sorry to be kvetching (complaining). 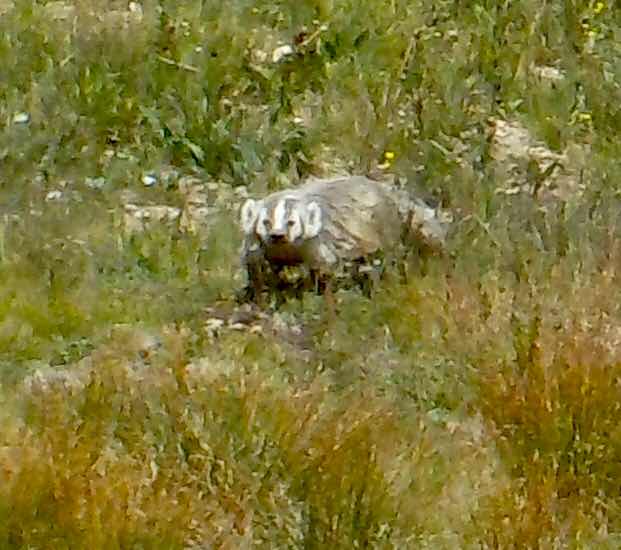 But since you’re a Landsman (fellow Member of the Tribe) we’ll take a break from harvesting
to tell a joke. Jeffy! Do you know what’s a Jewish American’s Princess’ favorite winter wine is? “I wanna go to Miami!” 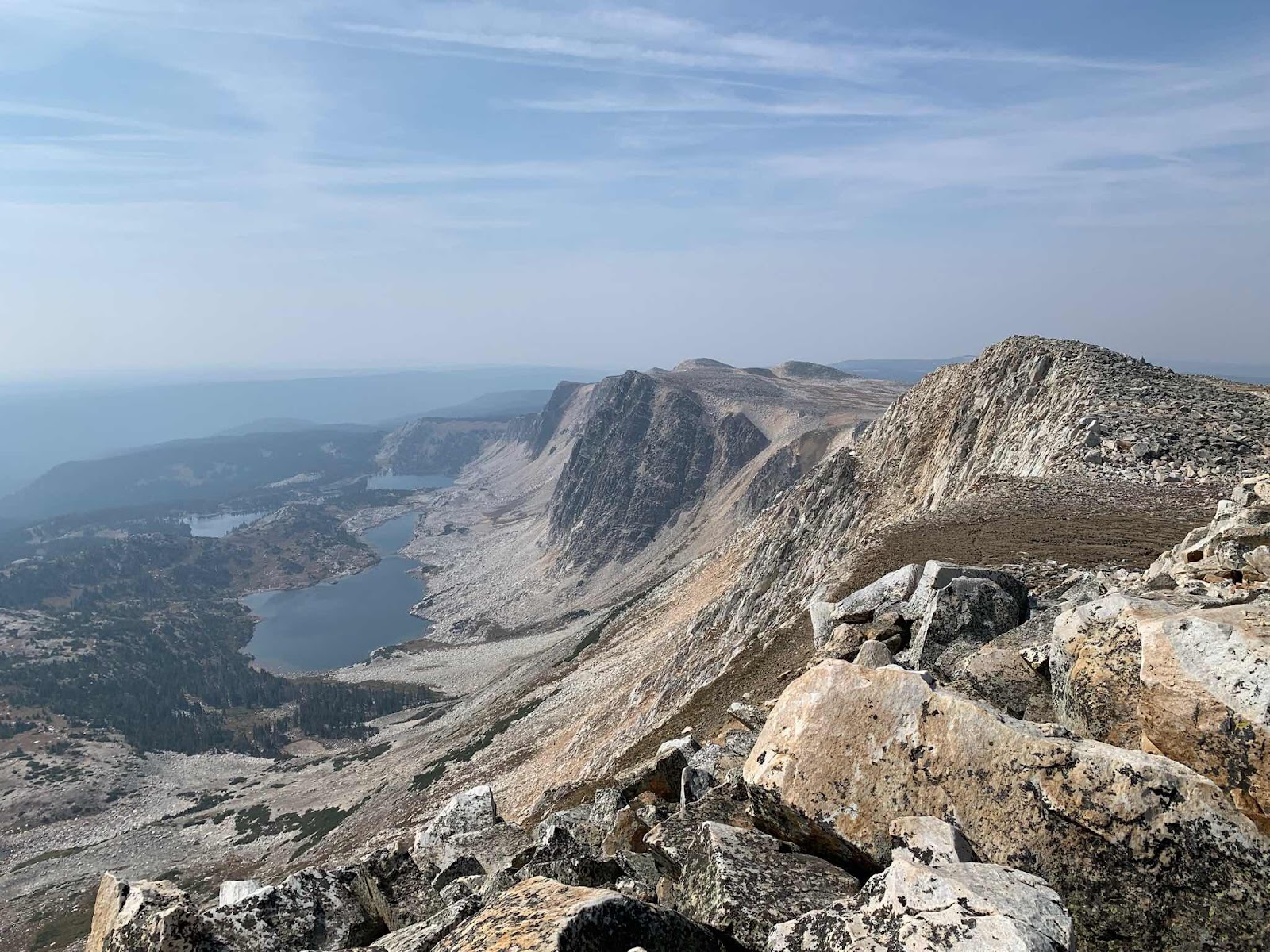 The Pikas spoke but are their predictions correct? Last year, our fall continued dreamily into December. Maybe I needed a second or third opinion before I quickly booked a VRBO this winter in Snobsdale, AZ.
So I continued to observe and watch.
In mid August I spied a pair of badgers. Their fur coats were heavy and thick, they waddled away instead of ran.
By mid-September hummingbirds went missing from my feeders. My favorite birds must have caught a southern tailwind to Mexico. By now they are drinking a sugary form of Corona beer at some south of the border beach.
In Durango, by mid-September our daytime highs dropped from 80’s to 60’s. There was no temperature decade of the 70’s. By the end of the month, the San Juan Mountains had a measurable amount of snow. Starting in mid-October Durango will endure a cold snap with nighttime lows in the 20’s. 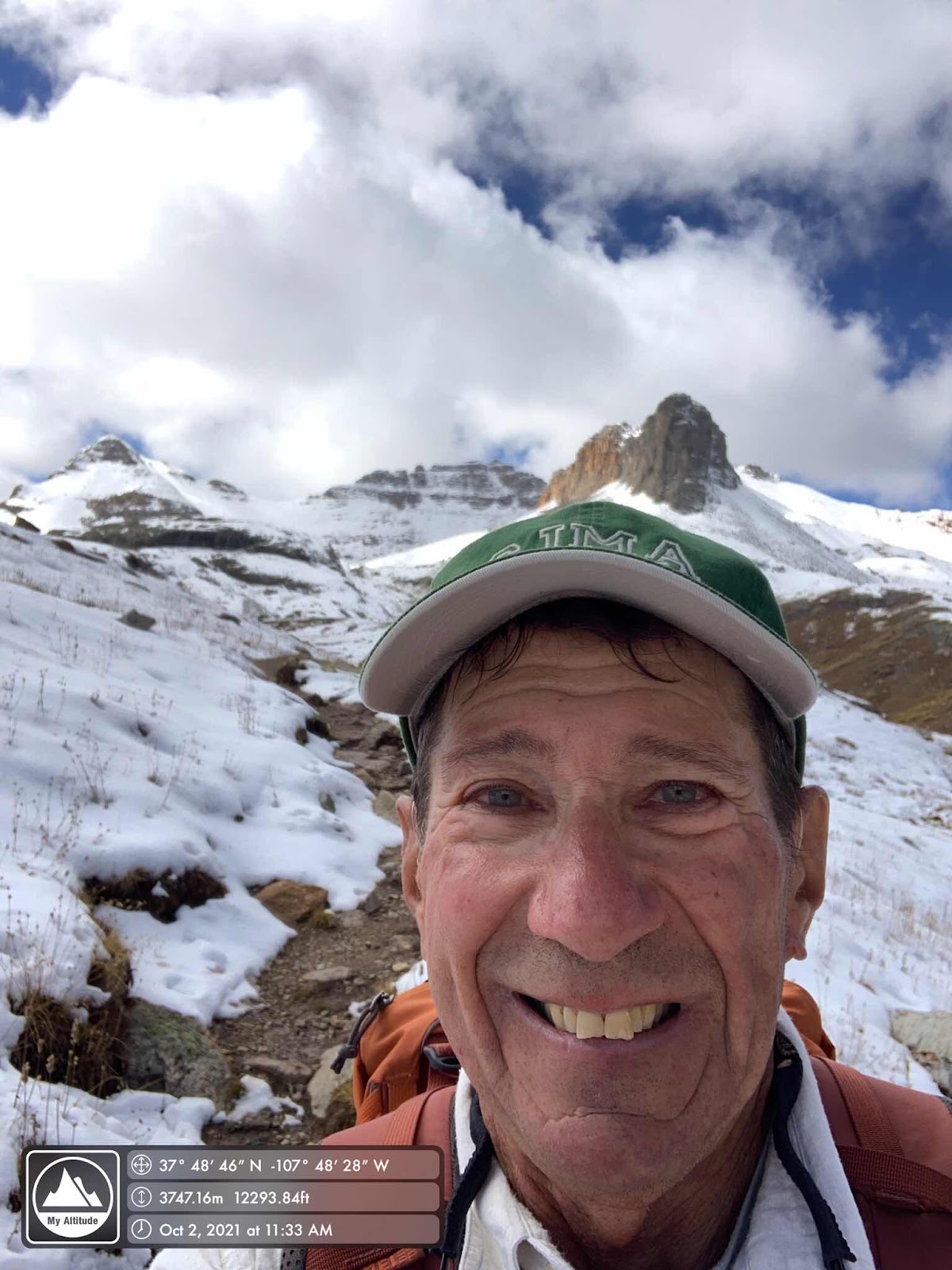 That diverse group of animals called this. We are in for an early winter. This is why I’m writing this post from the Utah desert. I’m not ready to come in out of cold…yet.
Stay warm and keep those home fires burning.
Jeff 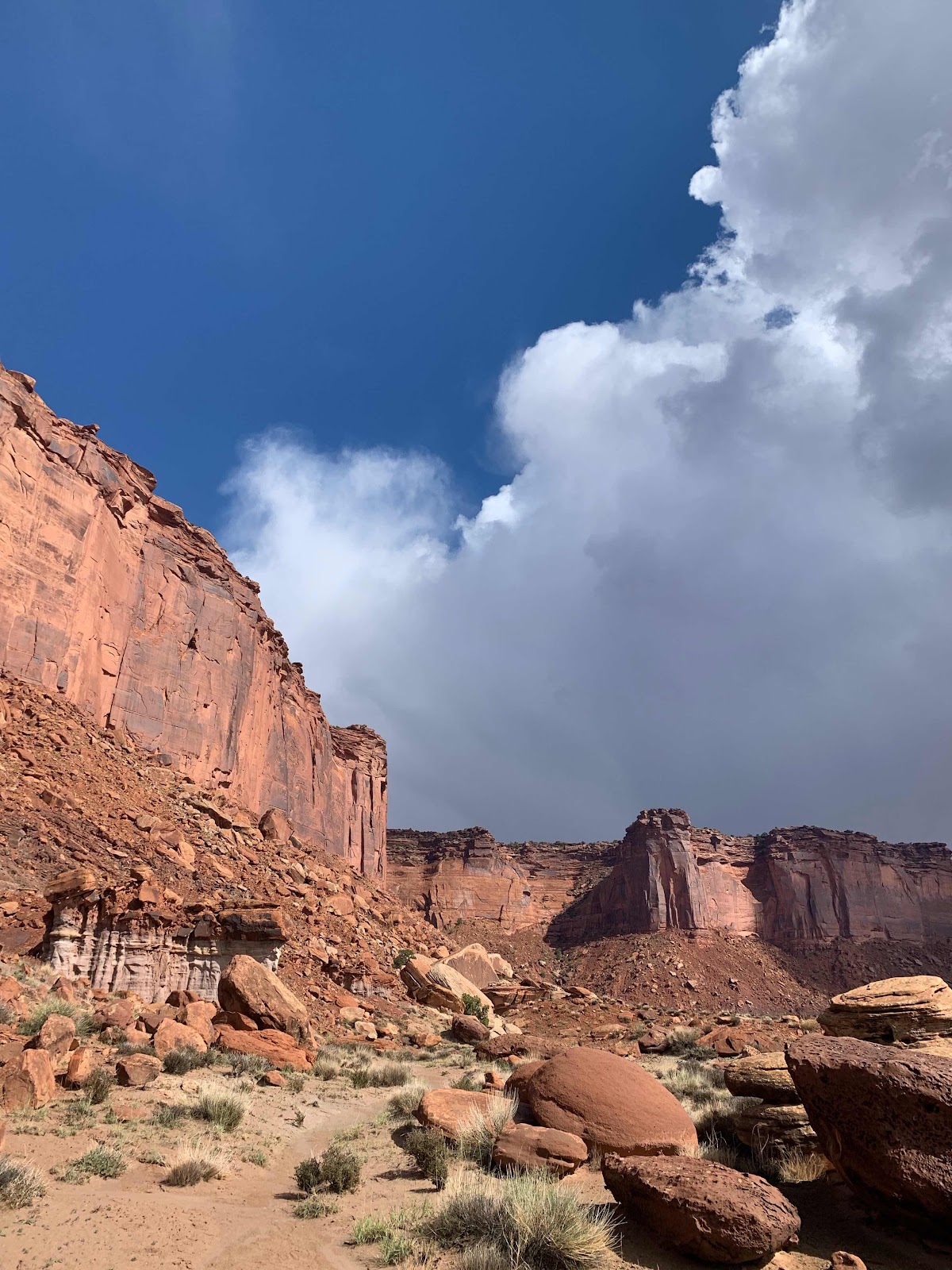